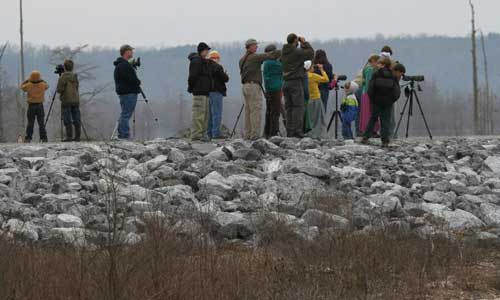 This membership award was created after world War 2 as a tribute to Conrad Haston Jamison Jr. who was one of the 8 TOS members kill during WW II.   Conrad was born in North Carolina in 1922 and moved to Nashville as a child and joined the NTOS Chapter of TOS in 1937 at the age of 15.  He became one of the Chapter’s most active members and was a frequent contributor to the Migrant. Though interested in all phases of bird study, he was particularly interested in Barn Owls and discovered many nesting pairs around Nashville. He was also a talented artist who made numerous drawings and paintings of birds.